People Behind the Project

Turkish Canadian Society Board of Directors 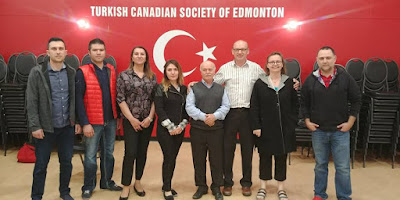 We thank all the past TCS Board Members who have contributed to the TCS Mosque Project.

Majority of the progress for the project was achieved between 2017 and 2019.

Current Board members who have been an amazing supporters of the project are (from left to right in the photo): Efe Aksoy, Musa Ersoy, Nur Koyuncu, Filiz Ersoy Tekinoktay, Ahmet Topal, Suat Demirer, Sinem Şenol, and Onur Mutlu. Mr. Yusuf Akça and Ms. Hazime Gökçe are the two other active Board members who are absent from the photo. 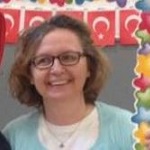 Sinem ŞENOL
A relatively new immigrant, Sinem moved to Canada in 2011. She has been working for TCS since 2014 and has been instrumental in  many of  Turkish Canadian Society's initiatives since then. For the Mosque Project, she has been handling all the project communication, community engagement, contract negotiations, and project finances. She has also been working with the Edmonton Blue Mosque Foundation team to set up an independent charitable organization to collect and administer all the donations for the mosque project. 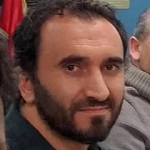 Mustafa KÜYÜK
Mustafa was appointed by Diyanet Turkey (Turkish Religious Affairs Directorate) to serve the Turkish Canadian muslims in Edmonton and arrived in Canada in 2016. His arrival has mobilized and united the Turkish community. He has served as an advisor to Suat Demirer, our volunteer project designer and has been crucial in moving the project forward. 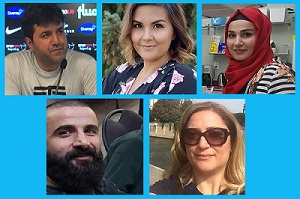 They have started fundraising for the Mosque Projects during the months of Ramadan in 2018 and 2019, and are currently working on applying for a charitable status for the Blue Mosque Foundation through the CRA. Once approved, the foundation will oversee all the fundraising and later the day to day operations of the TCS Mosque, which we are hoping to name the Edmonton Blue Mosque.